Scale faster, protect more and re-gain control. The new SonicOS 7 architecture is SonicWall's most advanced security operating system and is at the core of our latest physical and virtual firewalls, including models from the TZ, NSv and NSsp Series.

Network and threat dashboards provide a top-level summary of the overall health of the appliance and threat insights based on what the firewall sees in your network.

To reduce user's cognitive load, SonicOS 7 features rule visualization that offers quick and intuitive insights into the type of traffic the rule is for, what it does from a security inspection perspective, and what traffic is hitting it. The newly designed security rules interface also enables inline edits, as well as other capabilities for greater ease of use.

Adding, removing or changing rules can result in misconfigurations that expose networks, data and users to attackers. SonicOS 7 includes new features such as visibility in custom rules and hit counts, shadow rule detection and rule optimization to eliminate misconfigurations. With its focus on improved usability, SonicOS 7 makes it easier than ever to keep the security rule base tidy and manageable.

SonicOS 7 provides a topology view of your firewall and the endpoints behind it - including dashboards that detail the traffic passing through your firewalls, who is responsible for it, and what threats it contains. The new SonicOS Notification Center displays actionable alerts, allowing administrators to take immediate action on firewall-related events. And a new Capture Threat Assessment Report provides executive-level, summarized insights into traffic, risky applications, and a variety of malware and other threats. 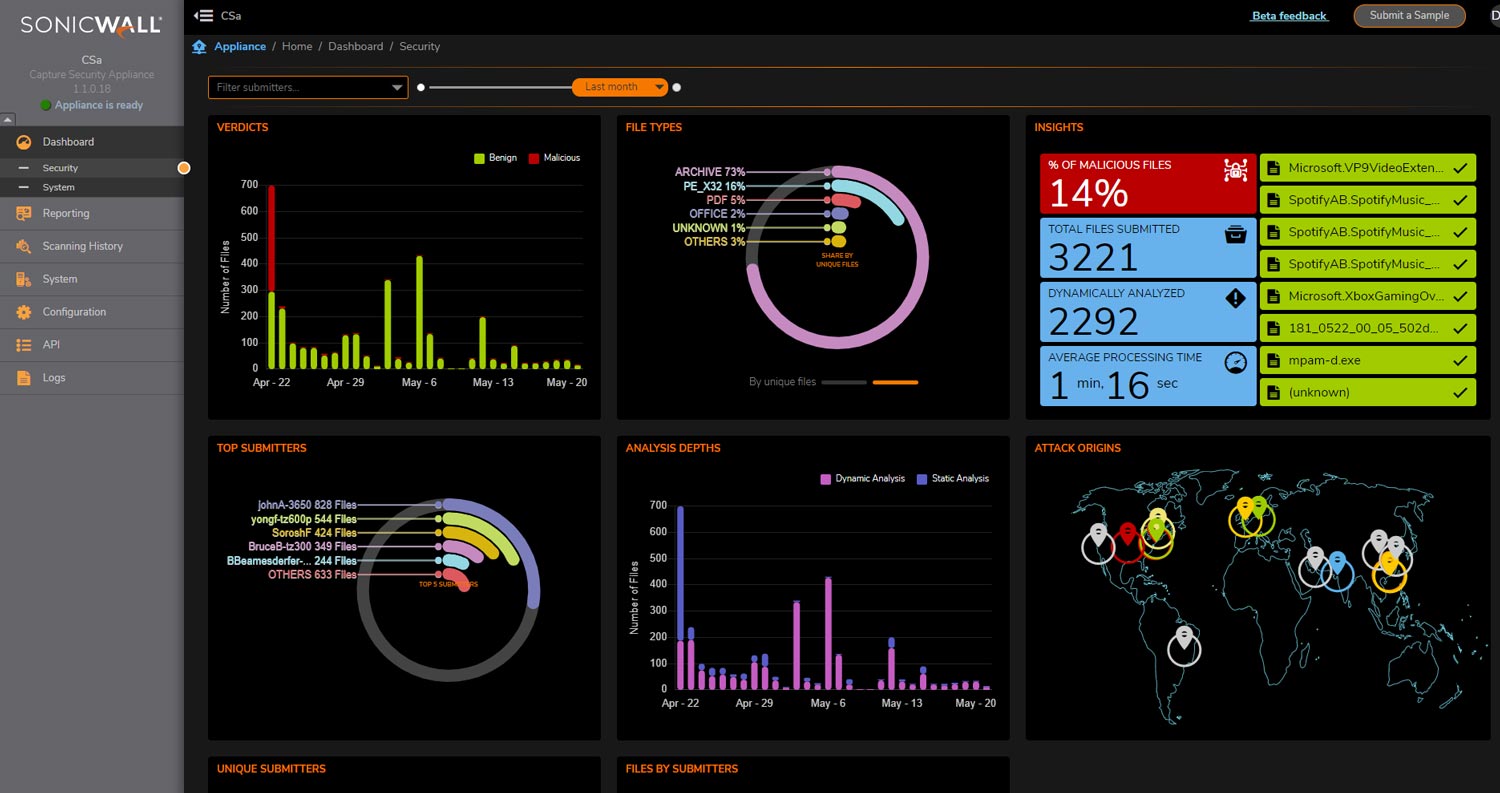 
The below table shows the SonicOS releases supported for each SonicWall Firewall model.


Get in touch with a SonicWall Solutions Specialist today to Learn More!